On the third day of September, tvN's new rom-com drama "Hometown Cha-cha-cha" released a new set of stills featuring the romantic rendezvous of actors Shin Min Ah in the moonlight night at the beach.
Shin Min Ah and Kim Seon Ho, who are playing the roles of Yoon Hye Jin and Hong Doo Sik respectively, sit beside each other while surrounded by the calmness of the night sky.

Although the still cuts exude a serious atmosphere, the two characters look at each other in the eye with romantic gazes, which raises curiosity and anticipation about the two actors' romantic relationship. 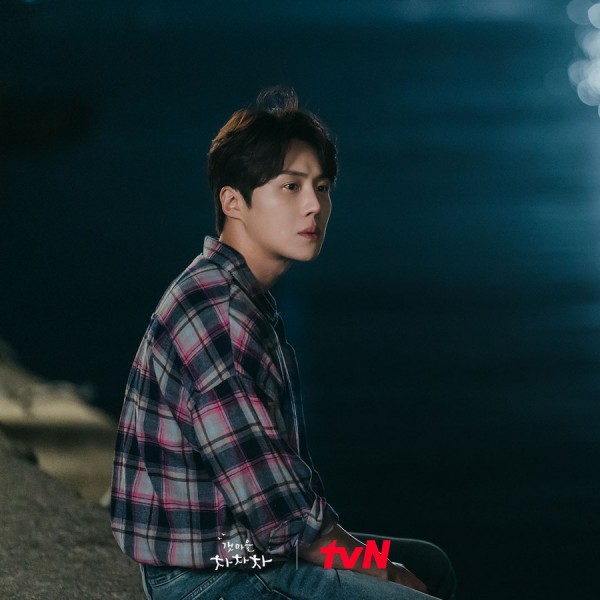 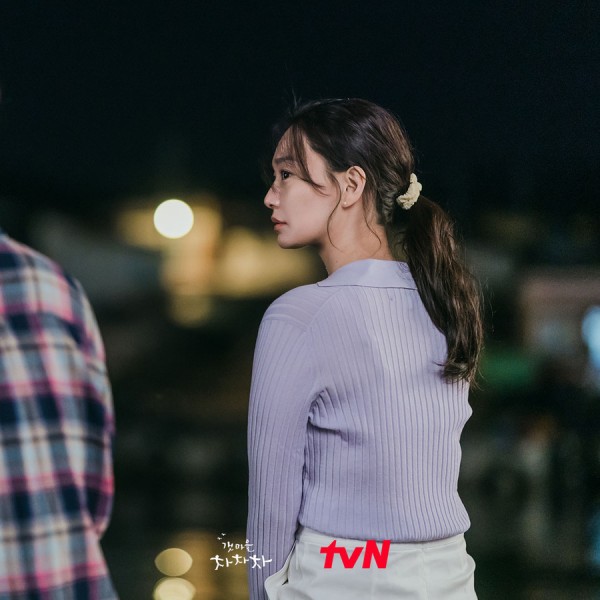 Interestingly, the characters started their friendship on the wrong foot, but after heart-fluttering twists and turns, their fondness for each other grows stronger, even if the both of them deny it. 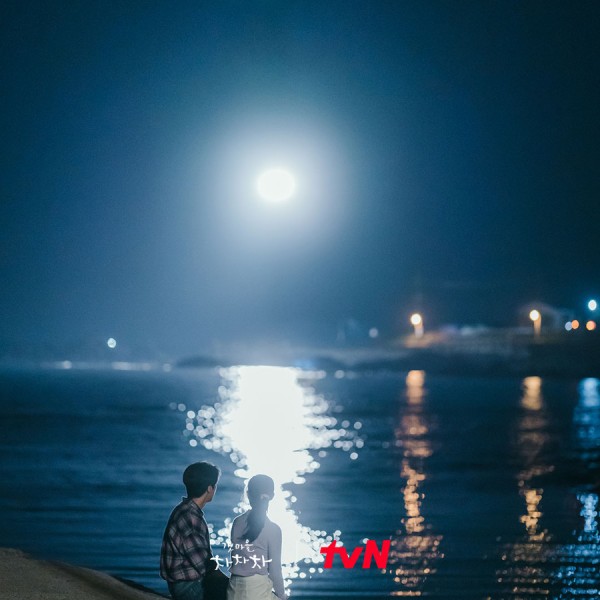 "Hometown Cha-cha-cha" stole everyone's attention during its premiere, with Gongjin's beautiful scenery and fun-loving villagers. The new romantic comedy-drama is expected to make the viewers' hearts flutter with its succeeding episodes.

To recall, Shin Min Ah and Kim Seon Ho's lives, because of fate and numerous mishaps, were intertwined in the previous episodes.

Although the two may seem to have a weird and unusual friendship, their knowing gazes and unexpected burning physical contact, their care, and fondness for each other are very evident, sending its viewers to cloud nine.

YOU MIGHT BE INTERESTED IN: B1A4 Jinyoung, Krystal, Yoo Youngjae, and Lee Dal Show Off Perfect Synergy as 'Police Avengers' in New 'Police University' Behind-The-Scenes Video

In the next episode, Kim Seon Ho will start seeing Shin Min Ah in a different light. The third episode preview that broadcast network tvN released, the handyman and dentist are like teenagers who fall in love for the first time.

YOU MIGHT LIKE THIS: Kim Seon Ho Workout Routine and Health Tips 2021: Here's How 'Start-Up' Actor Maintains His Great Physique

Because of this, fans and viewers couldn't wait and expressed their anticipation for the next episode on various social networking sites. 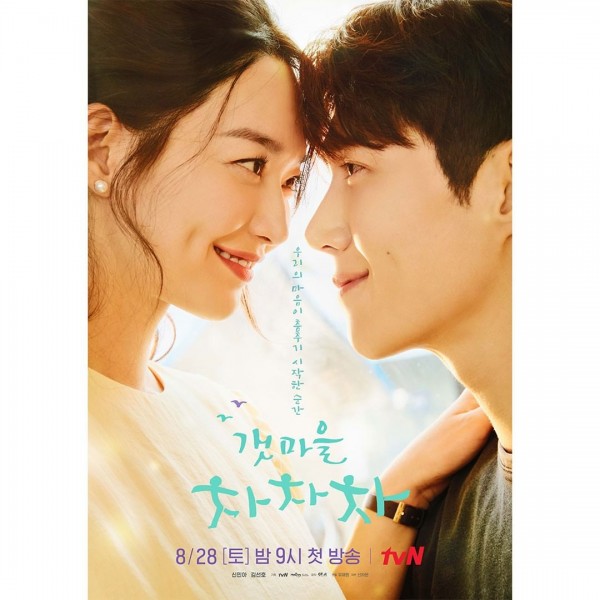 The much-loved romance comedy series airs every Saturday and Sunday.

"Hometown Cha-cha-cha" episode three is scheduled to air on Saturday, September 4 at 9:00 p.m. on tvN.

It is also available for international streaming on Netflix.