"Extreme Job" actress Lee Honey and "About Time" actor Lee Sang Yoon is set to return to the small screen with the new SBS romance comedy series "One the Woman".

In the drama, Lee Honey will challenge herself with a two-character role as prosecutor Jo Yeon Joo and heiress Kang Mi Na, opposite Lee Sang Yoon who will play the conglomerate Han Seung Wook.

"One the Woman" follows the story of a corruption prosecutor who lost her memory in an accident, and now lives her life as an elite heiress who looks exactly just like her.

In the newly released character posters, Lee Honey and Lee Sang Yoon tease potential viewers with cider-like charisma which will bring powerful coolness to the small screen every Friday and Saturday.

The actress sports a chic appearance with her long and wavy hair, donning an alluring blue suit as a prosecutor with an amazing detective skill. In the poster, she raises her head slightly that exudes her chic and girl boss attitude. 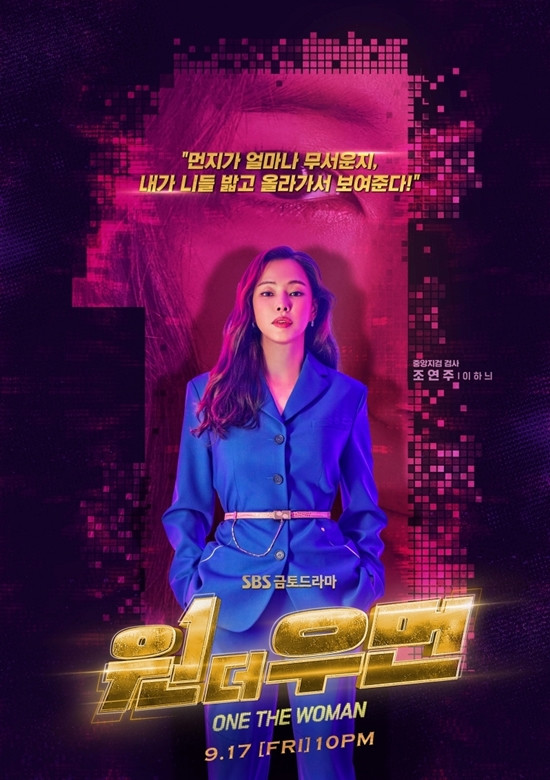 In particular, her confidence and on point facial expressions cast a fierce vibe which gives the prospective viewers a glimpse of how Lee Honey will portray her character.

The text on the poster translates to "I will show you how scary the dust is as I step on you!", raising expectations.

On the other hand, Lee Sang Yoon attracts attention with his neat hairstyle and sensual look, strongly suggesting the powerful Han Seung Wook who returns to South Korea to seek revenge.

"I made up my mind and I will put everything back to its rightful place," the text in the poster draws curiosity as to how Lee Sang Yoon executes his plan to seek revenge.

IN CASE YOU MISSED IT: Lee Honey is Torn Between Two Lovers in New Drama 'One the Woman' 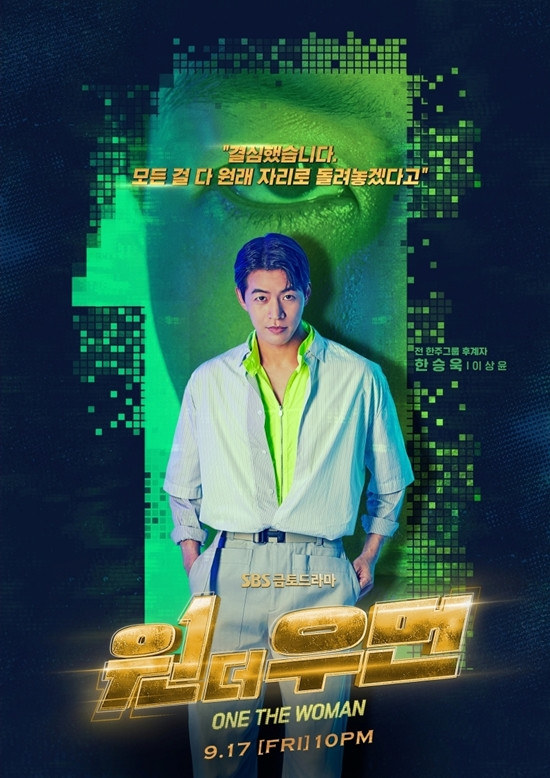 "One the Woman" production team said, "We wanted to capture the personalities and dreams of Jo Yeon Joo and Han Seung Wook through the character posters, so we hope you enjoy the new drama. Please look forward to seeing "One the Woman" and give it a lot of support."

'One the Woman' Release Date and Where to Watch

"Good Casting" director curated a new masterpiece that is "One the Woman", which features a "double life comic buster" that will surely entertain the viewers every Friday and Saturday.

It will premiere on September 17 on SBS TV, following "Penthouse 3".

"One the Woman" will also be available for online streaming through iQIYI and Viki.