Following the additional character, the TVING Kdrama managed to sustain its viewership rating.

In addition, the webtoon-based series continues to be the most-watched drama across all channels for its time slot.

Episode 8 continues with the conversation between Yumi (Kim Go Eun) and her ex-boyfriend, Ji Ugi (Lee Sang Yi), at her friend's wedding.

His confession about his upcoming wedding pushed Yumi to lie, spilling all the false details about her non-existent wedding.

Luckily, he sensed that she had reasons for making up such stories.

Goo Woong knew that the guy was her ex-boyfriend whom she dated for seven years and got dumped because he cheated on Yumi.

Interestingly, he was unbothered by Yumi's white lies and even teased her about going to Hawaii for vacation.

However, the rumor spread like wildfire, and everyone greeted the couple for their upcoming wedding.

Since then, the word "marriage" has become a taboo word for Yumi and Goo Woong.

Meanwhile, at the Sepho village, Yumi's cells found an interesting object at the deepest part of the sea.

A "marriage desire" box appeared, hinting that Yumi is also thinking about getting married one day.

Since Yumi is head over heels with Goo Woong, every guy seems like a blur for her, even the newest office crush, Yoo Bobby, played by GOT7's Jinyoung. 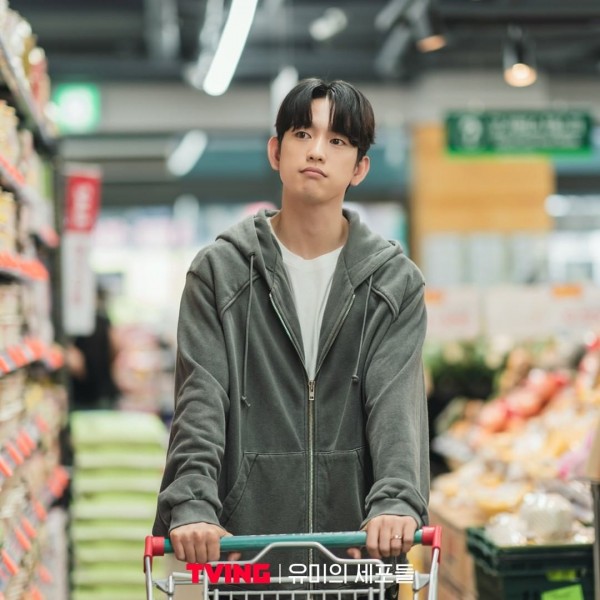 In "Yumi's Cells" episode 8, Yumi didn't know that she and the new guy had several encounters--first was during her late-night jog, and the second was at their office.

One day, he took the courage and talked to Yumi.

"Are you Kim Yumi?" he asked, which prompted the cell guards at Sepho Village to hit the red alarm.

They are responsible for Yumi not letting her guard down when a new face comes into the picture.

Wondering why he knew her name, Yoo Bobby explained that he also works at Daehan Noodles as the assistant marketing manager.

Interestingly, he tells Yumi about finding her umbrella, which of course, made her happy given that it was her favorite.

After this, the two often see each other since they are in the same neighborhood.

At the grocery, Yoo Bobby greeted Yumi and had a small talk about a recipe; knowing that Yumi loves to cook, she gladly explained to him the recipe. 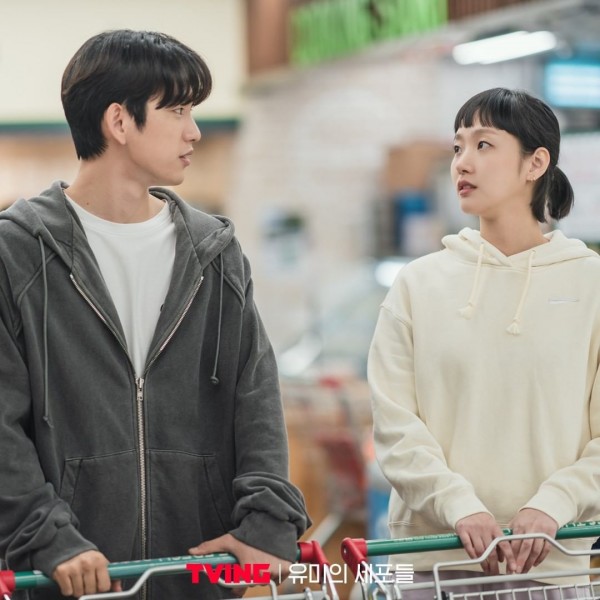 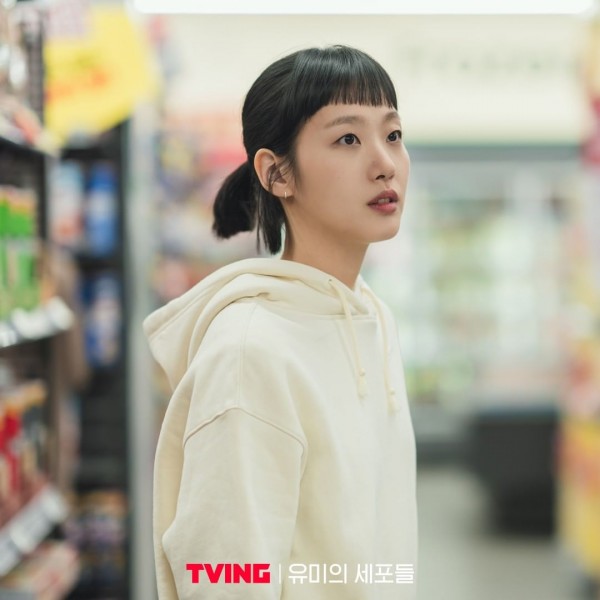 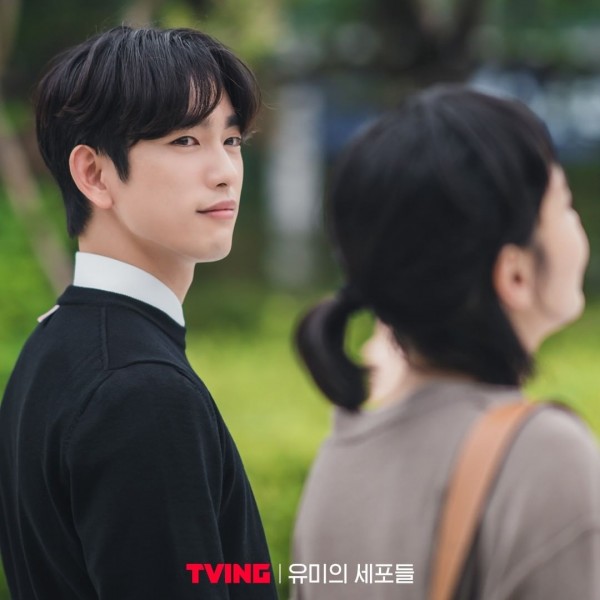 Here, she overheard that Yoo Bobby has trouble with his relationship since his girlfriend has no time for him.

Upon hearing the rumor that Yumi and Goo Woong were about to get married, this prompted Seo Sae Yi to make her move.

As Goo Woong was about to see Yumi, Seo Sae Yi called him and told Woong that she'd come to his place to borrow stuff. 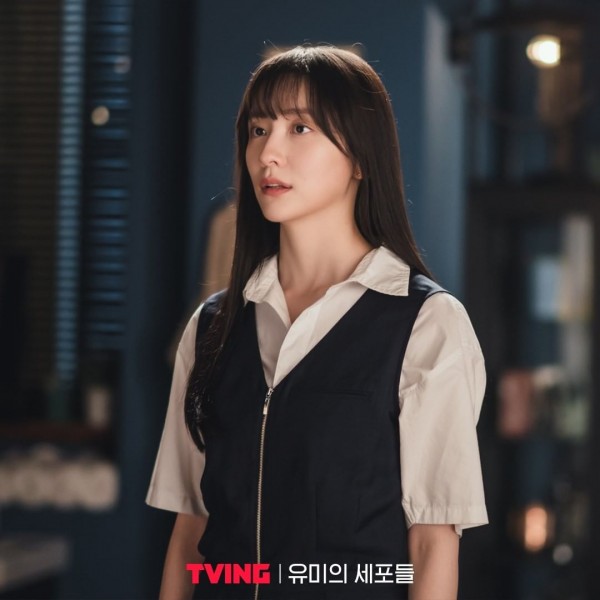 She appears at his doorstep in just a snap and tells Woong that she now lives in the same building.

Goo Woong knew that it might cause another confrontation between him and Yumi, so he chose not to tell her about it.

Unfortunately, Sae Yi and Yumi meet at the elevator when she decides to surprise Goo Woong.

The situation left Yumi speechless, hinting about a major dilemma in the upcoming episode.