"Jirisan," starring Jun Ji Hyun and Ju Ji Hoon, is slowly shedding light on the mysterious cases that are happening at the mountain.

In addition to this, the tvN Kdrama receives a modest movement in terms of its current rating.

According to Nielsen Korea, the mystery thriller series scored an average nationwide rating of 8.3 percent, a slight increase from its episode 9 that garnered 7.8 percent.

Despite the fluctuating ratings, "Jirisan" remains the most-watched show on its time slot across all cable channels.

'Jirisan' Episode 10 Highlights: A Glimpse at Jo Dae In's Past

In the November 21 episode of tvN's Saturday and Sunday Kdrama, episode 10 highlights the past of Jirisan Mountain's commander Jo Dae In (Sung Dong Il) and his possible connection with the serial killer.

"Jirisan" episode 10 starts in 1991 during his early years as a park ranger.

At the time, some company was planning to install a cable car at the mountain; unfortunately, this means that the villagers at the Black Bridge Valley.

Jo Dae In and his seniors guided the company representative, but that does not mean they are siding with the park's development.

Upon meeting the Black Bridge Valley mayor, the representative offered him hefty compensation in exchange for leaving the area.

Of course, this was rejected by the valley mayor and insisted that the villagers would remain in the area.

The next day, the locals found that their water supply was contaminated, leaving them getting clean water at the stream.

Unfortunately, the villagers experienced unfortunate circumstances one by one.

First, the town's mayor's wife was found dead in the middle of the woods on her way to get water.

Due to this, the villagers got scared and were prompted to evacuate the area but not the mayor's family, but because of the death of his wife, he opted to kill himself, leaving his son alone.

"Jirisan" episode 10 featured how the rangers almost got lost as they tried to rescue someone. After an illegal hiker uploaded his experience at the Black Bridge Valley, the park rangers decided to investigate the case.

While Seo Yi Kang and Kang Hyun Go were on their patrol, they got a message that a woman had gotten lost in the area. 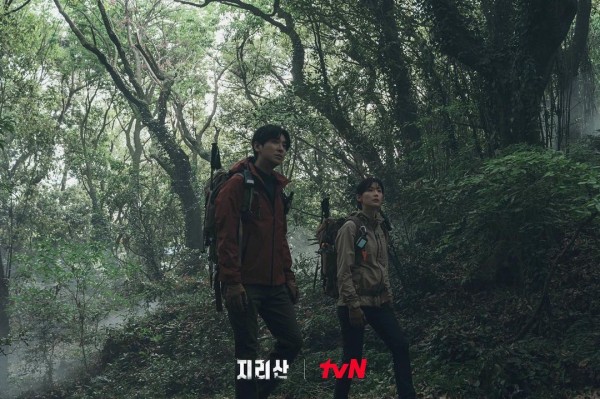 Unfortunately, the duo has been circling the same spot for hours and could not find their way back.

At the dark part of the forest, they found a beaming light and initially thought it was a ghost light; however, Seo Yi Kang believed that moon bears were targeting them.

While hiding inside a cave, they found the female victim in a critical state. 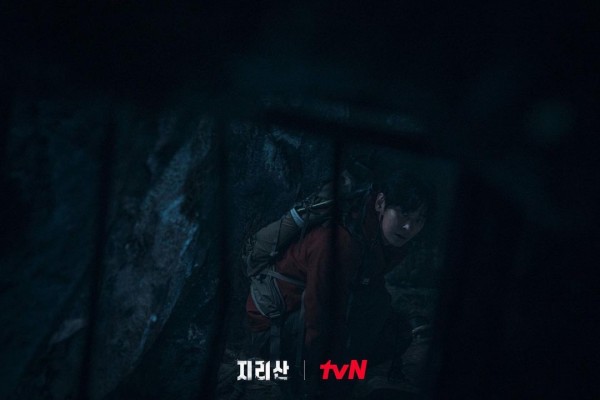 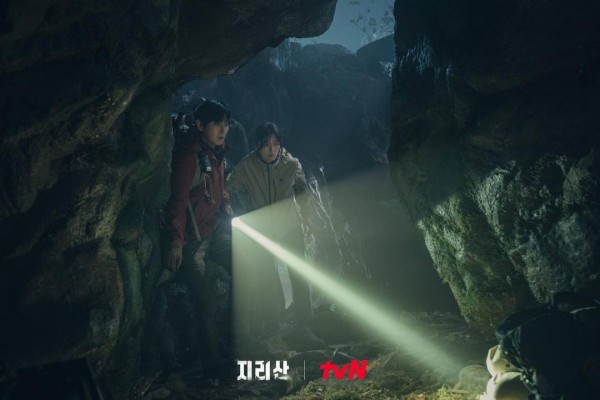 Initially, they attempted to save her by bringing her down, but they failed because they could not get out of the area. 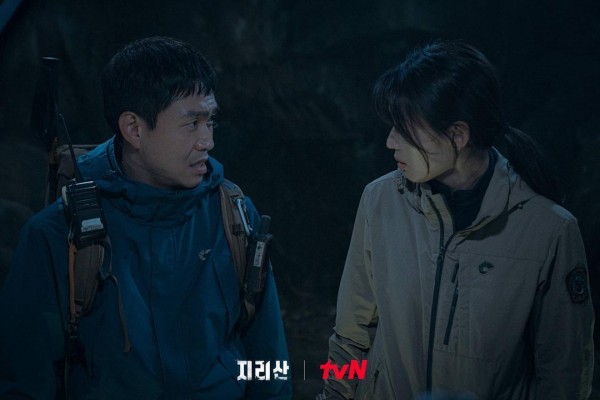 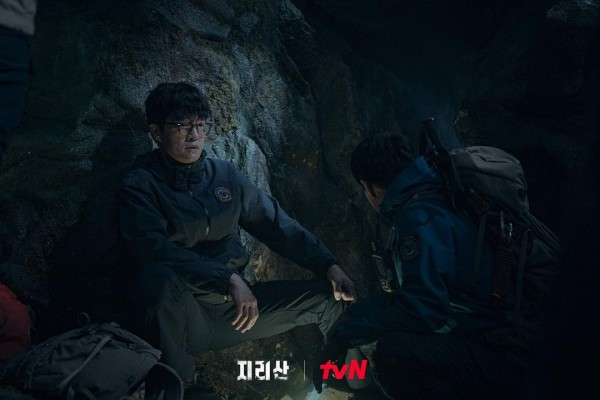 Interestingly, Goo Young's radio was working and was able to connect with the commander. Jo Dae In instructed Yi Kang to take the lead since she knows the area well and should follow the trail of the animal, not humans. Fortunately, they were able to reach the destination safely and saved the lost hiker.

Here, a flashback of Jo Dae In appeared where he was guilty that he wasn't able to save the villagers at the Black Bridge Valley.

"If I had saved him, would I have been able to protect this village?" he said.

The survivor at the Black Bridge Valley, who is also the mayor's son, Kim Sol, grew up to be a park volunteer.

In one scene, Kang Hyun Jo saw him at the cave and learned that it used to be his hideout when he was a kid.

During their conversation, Kim Sol revealed that the Black Bridge Valley used to be his hometown.

While leaving the area, it showed that the park volunteer wore black gloves similar to the mountain serial killer.

The scene stimulates curiosity that Kim Sol might be framing up Do Jae In, revenging his parents.