"Those Who Read Hearts of Evil" released an exclusive sneak peek at the upcoming drama through its behind-the-scenes photos, featuring lead stars Kim Nam Gil, Kim So Jin and Jin Sun Kyu.

The drama follows the story of South Korea's first ever criminal profiler who struggles to figure out and read the hearts of notorious serial killers during the time when "profiling" didn't exist yet.

Everyone perfectly immersed themselves into their respective roles at the first "Those Who Read Hearts of Evil" script reading, amplifying anticipation for the drama.

In the drama, Kim Nam Gil, an excellent actor who is famous for his another crime comedy drama "The Fiery Priest," will take on the role of the criminal profiler Song Ha Young. 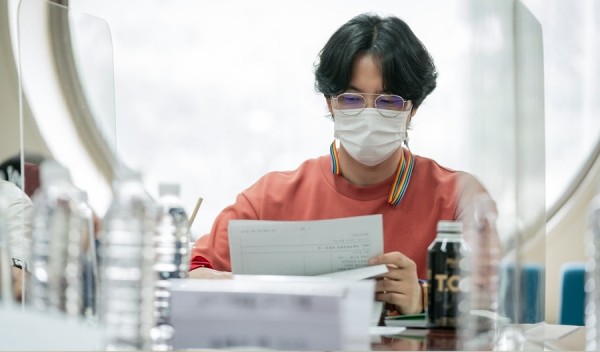 He is a member of the mighty Scientific Investigation of Criminal Behavior Analysis team of Seoul Metropolitan Police Agency.

On the outside, he appears calm and reserved. However, he's a person who reads people deeply more than anyone else.

YOU MIGHT LIKE: 'Chimera' Star Claudia Kim Dishes Out Thoughts On the Drama, Her Hollywood Experiences and More

On the other hand, "Escape from Mogadishu" actress Kim So Jin diversifies her acting roles as she plays the role of Yoon Tae Goo, the head of the Mobile Investigation Unit of the Seoul Metropolitan Police Agency.

The honorable officer is a legend in the world of handling violent crimes cases. She uses her sharp animal-like instincts to see through cases.

Kim So Jin raised the anticipation index as she boasted her undeniably amazing acting prowess by synchronizing with her character perfectly, even focusing on the smallest details. 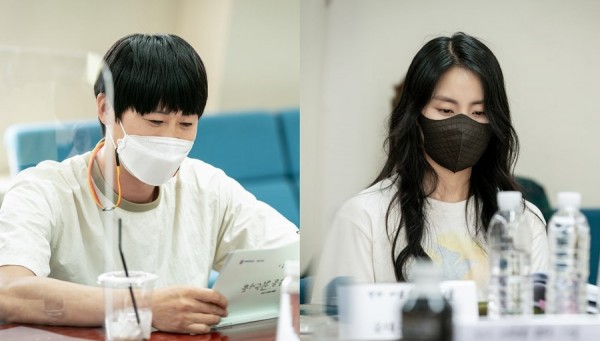 Meanwhile, Jin Sun Kyu, who is known for his award-winning acting skills in "Extreme Job," "Space Sweepers," and "The Outlaws," stars as Kook Young Soo.

Kook Young Soo is the team leader of the Criminal Behavior Analysis team. After his long-term planning, he creates the team to further analyze the criminal behavior thoroughly.

In the drama script reading, Jin Sun Kyu perfectly transformed into his character and expressed his warm-hearted nature, sharp mind and excellent tactics and abilities.

The script reading was also attended by the other members of the cast including actors Lee Dae Yeon, Kim Won Hae, Jung Soon Won and Jung Man Sik. 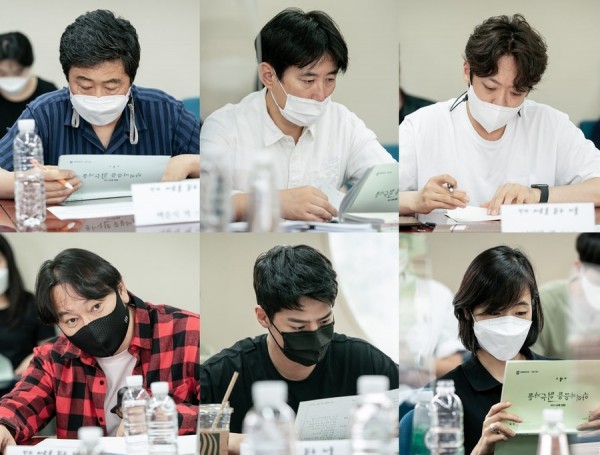 (Photo : SBS)
Those Who Read Hearts of Evil cast

"Those Who Read Hearts of Evil" cast brought the characters into life with their commendable acting skills, further raising expectations.

YOU MIGHT ALSO BE INTERESTED IN: VIXX N Joins Wi Ha Joon and Lee Dong Wook in 'Bad and Crazy' as an Honorable Police Officer

Some of the other actors who attended the script reading were Lee Dae Yeon, Kim Won Hae, Jung Man Sik, and Jung Soon Won. They brought the script to life with their solid acting skills.

'Those Who Read Hearts of Evil' Release Date and Further Details

"Those Who Read Hearts of Evil" is a crime thriller drama based on a book of the same name that was co-written by Kwon Il Yong and Go Na Moo.

The drama consists of a total of 16 episodes, each runs for an hour and 10 minutes every Friday and Saturday.

SBS TV's "Those Who Read Hearts of Evil" is scheduled to air for the first time on January 14, 2022.