"SKY Castle's" actress Yeom Jung Ah will be having a special participation in the forthcoming drama "Snowdrop."

Based on a media report on the 23rd of February, "Life is Beautiful" star Yeom Jung Ah is confirmed to have a cameo in one of the episodes of JTBC's series "Snowdrop." It also has been said that the writer and director of the upcoming drama are the same people behind the "SKY Castle" series where Yeom Jung Ah starred in.

"Snowdrop" is a drama starring BLACKPINK's Jisoo and "One Spring Night" actor Jung Hae In. The series will occur in 1987, it is when South Korea was under a dictatorial government. Jung Hae In will star as Im Soo Ho, a charismatic Korean-German and a graduate university student who ends up in a women's dormitory at the University of Hosoo, an exclusive school for females. He is nowhere to go and is covered in blood. During his escape, he met a woman named Eun Young Cho, a first-year college in the said university, and currently enrolled in an English literature class. 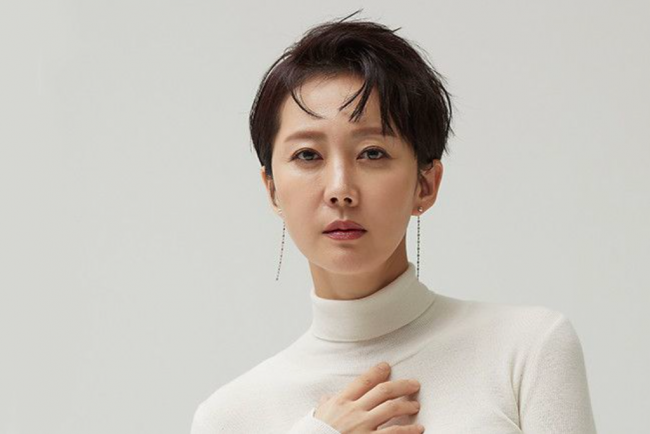 The two have crossed paths in an unexpected place and time, but it is also where their romantic relationship will start. Joining them in the cast is "Extraordinary You" star Kim Hye Yoon, who is expected to portray the role of Kye Book Ok, who has a dream of finishing college but is forced to work instead and gave up her dream due to lack of financial support.

Meanwhile, she will be connected to the main female lead as Kye Book Ok works as a telephone operator at Hosoo Women's dormitory. She pretends to be a college student and joins Eun Young Cho on a blind date. Little did they know that there will be an unexpected case where both of them will be entangled.

There were also photos circulating on the online community that BLACKPINK's Jisoo and actor Jung Hae In were spotted filming the series. After it made a buzz online, the fans can't hide their excitement to finally watch the most-awaited drama.

BLACKPINK's Jisoo Will Finally Debut as an Actress

"Snowdrop" will be Jisoo's first-ever drama, and as a member of one of the famous K-Pop girl groups BLACKPINK, Jisoo also had shared before that she dreamt of acting in dramas someday. And it is finally happening, Jisoo will have her debut as an actress!

Meanwhile, the filming of the said series has been put to hold last Nov 2020 due to one of their staff having close contact with someone who's Covid-19 positive. All of the staff, actors, and other crew underwent tests and were all tested negative.

Jo Hyun Tak will be directing the series, and writer Yoo Hyun Min will pen the script. Both of them already worked together in the hit drama "SKY Castle" alongside actress Yeom Jung Ah and Kim Hye Yoon.

"Snowdrop" has no confirmed date yet when it will air but is expected to kick off this year 2021.

Are you already excited to watch this upcoming drama?Let us know in the comments!