Anytime and anywhere, the "Descendants of the Sun" actress Song Hye Kyo never fails to wow the crowd with her ageless and natural beauty.

Recently, Song Hye Kyo participated in a photoshoot for the new collection of the famous French jewelry brand Chaumet. She has been the Korean ambassador for the luxury brand since 2018. 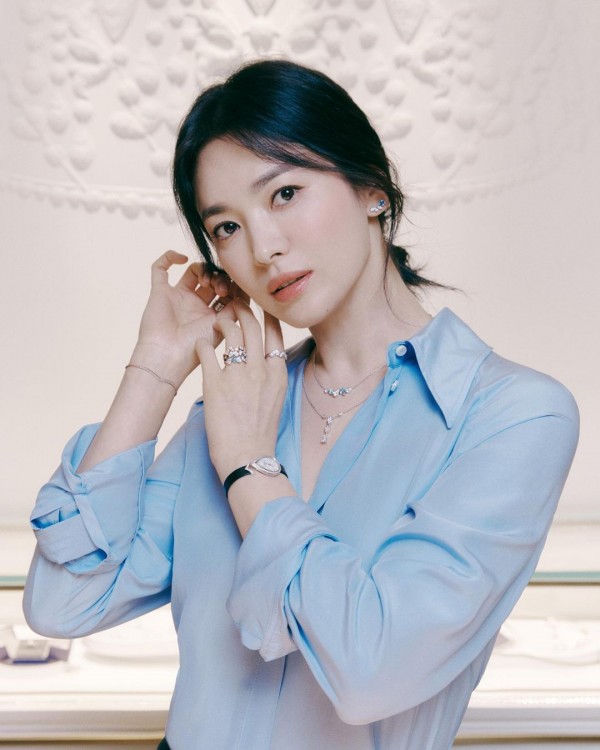 The A-list celebrity even shared some photos on her official Instagram account. And in less than 24 hours, her post already reached one million likes, proving that her power knows no bounds.

She wore a light blue top and her hair was tied in a messy but simple bun. With her modest outfit, Song Hye Kyo turned into a fine and stunning lady as she donned some of the beautiful jewelry pieces from the Chaumet collection. 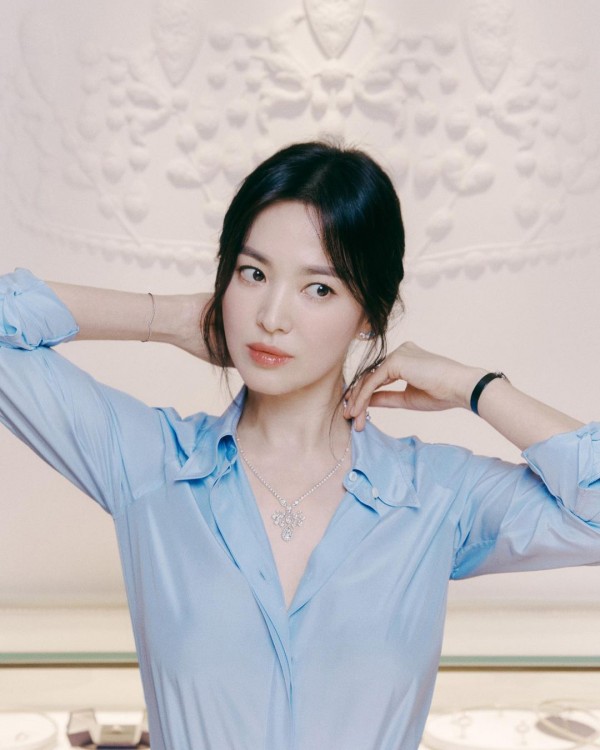 This is not the first time that Song Hye Kyo wowed fans with her beauty. She, in fact, displays various personas in her projects given to her, may it be dramas, movies, or advertisements.

There is no doubt that no matter how many jewels she wears, Song Hye Kyo's natural and simple beauty always makes her stand out.

Yoo Ah In Sent a Coffee Truck to Song Hye Kyo to Support Her New Drama "Now, We Are Breaking Up"

Song Hye Kyo will be returning on the small screen with a new romance drama, "Now, We Are Breaking Up." Her fans were quick to send their support.

And just what normal friends, Yoo Ah In expressed his support to his real-life pal. The "Alive" star surprised Song Hye Kyo by sending her a coffee truck on the set of "Now, We Are Breaking Up," and the "Full House" actress shared it on her Instagram stories to thank her friend for the unexpected gift.

In the banner, Yoo Ah In uses a well-known, classic Korean proverb, "I love you. Miss Song Hye Kyo. I hope that as you age, you will let go of the human tendency to stubbornly argue about what is right and wrong, as that is the true answer to living a long, prosperous life." 😂🤦‍♀️ https://t.co/lcPC5aMudR

Song Hye Kyo's forthcoming series began filming last April and is expected to premiere in the second half of 2021.

Fans can't wait for Song Hye Kyo's drama comeback, and even though the series is still in the process of filming, everyone is anticipating to see her new character that will focus on the fashion industry.

IN CASE YOU MISSED IT: Song Hye Kyo Instagram 2021: 'Descendants of the Sun' Star Shares a Glimpse of her Life in Busan

What can you say about Song Hye Kyo's newest advertisement photos? Are you ready to watch her upcoming drama "Now, We Are Breaking Up?" Don't forget to share your thoughts with us in the comments!