After spoiling the K-drama enthusiasts with intense and sharp acting in his previous series "Vincenzo," Song Joong Ki fired up the fashion magazine cover of GQ Korea with his latest summer look.

The 57th Baeksang Arts Awards Nominee surprised the fans with his never-before-seen stylish outfits. Summer is just starting, and yet Song Joong Ki encapsulates various personas from daring, gentle, to boy next door.

At the age of 35, Song Joong Ki looked even younger and firm in the eyes of many. He is known for being a versatile and high-profile artist. Aside from his tremendous acting performance, he can effortlessly adapt to new environments and yet stand out for being unique. He wore different kinds of fashion masterpieces, which he flawlessly pulled off. Song Joong Ki once again captivates the hearts of his fans.

The interview portion is yet to be shared by GQ Korea on their official Youtube channel. History D&C also shared Song Joong Ki's photos on their Instagram account and immediately received various reactions from the netizens. Most of them are praising the actor's natural beauty, plus his emotions can easily be portrayed and seen through his gazes.

In a recent video content released by History D&C, Song Joong Ki's label, the "Space Sweepers" actor, was asked some questions about his recent drama "Vincenzo." 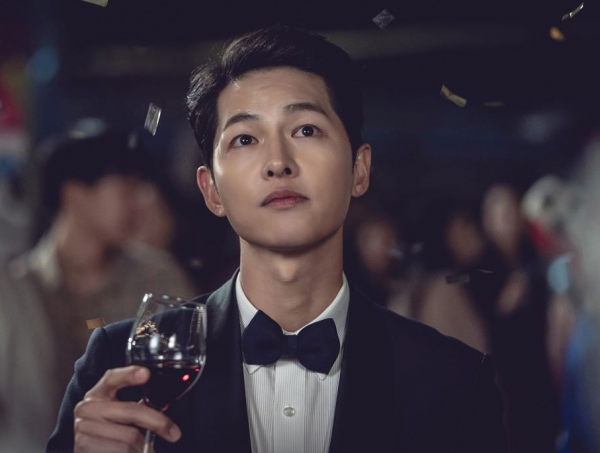 According to him, he felt quite scared after finishing the shoot because he doesn't want to part ways with all the cast and crew of the drama. For he knew how rare it was to find such nice people in the workplace.

Song Joong Ki also confessed that during their finale episode, the cast was joking around looking for the script of Episode 21, which made him cry while on set but tried to hide it in front of the actors because he wanted to cherish their last moments of being together.

In Case You Missed It: 'Vincenzo' Cast Flexes Never Before Seen Photos on Instagram + Watch the Last Behind-The-Scenes Footage

To know more about Song Joong Ki's special interview, you can watch it here!

What kind of drama projects do you want to see Song Joong Ki? Don't forget to share your thoughts with us in the comments!