The deal came after the actress and model's remarkable and amazing acting debut in the South Korean original Netflix series "Squid Game," which instantaneously became one of the most streamed series of the year 2021. 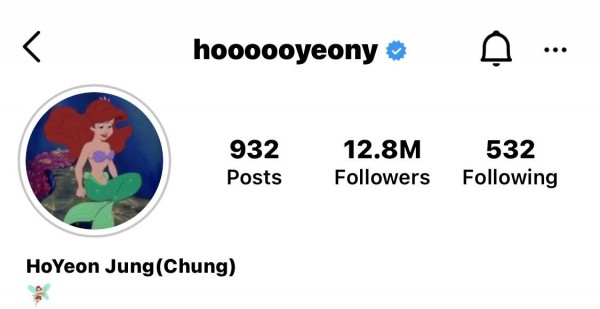 Adorned in a white dapper dress which is embellished with gold accents, model and actress Jung Ho Yeon sports her signature look as she poses for the camera. She is also wearing Louis Vuitton's elegant snapback heels and a purse with silver hardware.

Jung Ho Yeon made her global catwalk debut with Louis Vuitton's exclusive Fall/Winter Show in the year 2016. Since then, the red-haired model continued to take over Fashion Weeks, walking down the runway for high-end brands like Gucci and Marc Jacobs. "I'm honored to work with Louis Vuitton once again. I'm looking forward to being a global ambassador for the brand," Jung Ho Yeon said.

Nicholas Ghesquière, the brand's creative director, shared his thoughts on the model and actress. "I immediately fell in love with Ho Yeon's impressive acting skills and talents, as well as her bright personality. I am looking forward to starting this new chapter of the journey we started at Louis Vuitton a few years back." Ho Yeon sure generated a lot of buzz after her appearance in the worldwide phenomenon drama "Squid Game," and even became the most-followed South Korean actress on Instagram, surpassing talented actress Song Hye Kyo.

Did You Know? Jung Ho Yeon is Related to These Two House Names in the Industry

The "Squid Game" actress and "Reply 1988" star Lee Dong Hwi have been dating each other since 2016. Lee Dong Hwi, who is a member of the R&B and K-pop supergroup MSG Wannabe alongside SImon D, Kim Jung Min, and "Hometown Cha-cha-cha" actor Lee Sang Yi, surprised fans with his singing skills on the show "Hanging Out With Yoo". Ho Yeon also has an interesting circle of friends. Recently, fans were shocked to see BLACKPINK member Jennie on the actress' Instagram account.

The two are very good friends, and they often show their support for one another on social media, even sharing silly selfies of them together. She has also worn items from NIEEH, the brand rumored to be co-owned by Jennie.

Have you seen "Squid Game"? Share your thoughts about the series with us in the comments below!