On October 12, broadcast giant tvN released new stills of the upcoming drama "Melancholia" featuring the sophisticated actress Jin Kyung, who will add strength to the drama.

She will be joining Im Soo Jung and Lee Do Hyun in the melodrama every Wednesdays and Thursdays starting from November 3.

In the drama, seasoned actress Jin Kyung takes on the role of No Jung Ah, the head of the School Affairs Department of Aseong High School, a private high school which is the mecca of corruption and scandals. 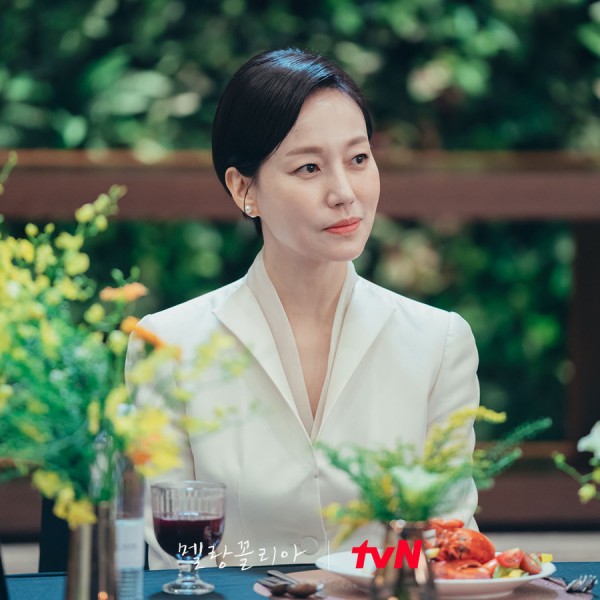 With her elegance and sophistication, she has the best speaking ability and strong presence wherever she may go.

In addition to that, No Jung Ah is a powerful weapon armed with unparalleled information power. She believes that the more information she has of her opponent, the more she can control them. The collected information that she can use to illegalities further solidify her power. 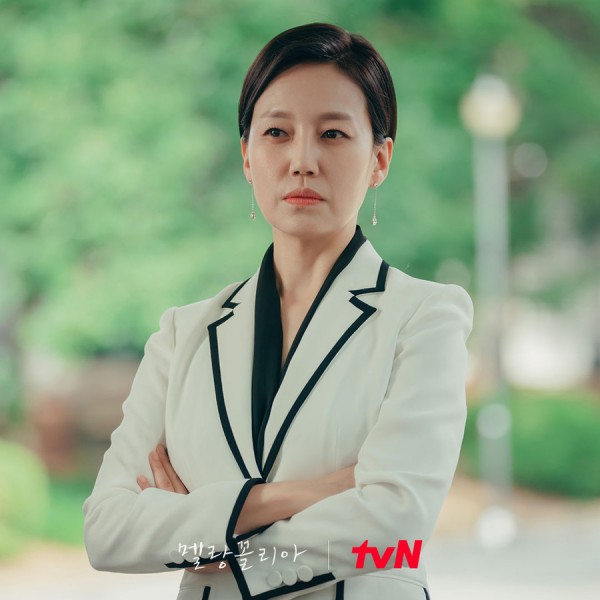 In the published photos, tvN gives a glimpse of a unique atmosphere of the ambitious and powerful head administrator No Jung Ah. With her pursed lips that curve slightly upward in the corner, she exudes power.

Next, the image of her looking at a distance with her arms crossed gives off a dangerous impression, as if plotting something.

Fans and potential viewers expressed their expectations and curiosity as to what kind of character Jin Kyung will portray in the upcoming drama. Attention is also focused on what relationship she will have with Ji Yoon Soo (Im Soo Jung), a righteous Mathematics teacher. 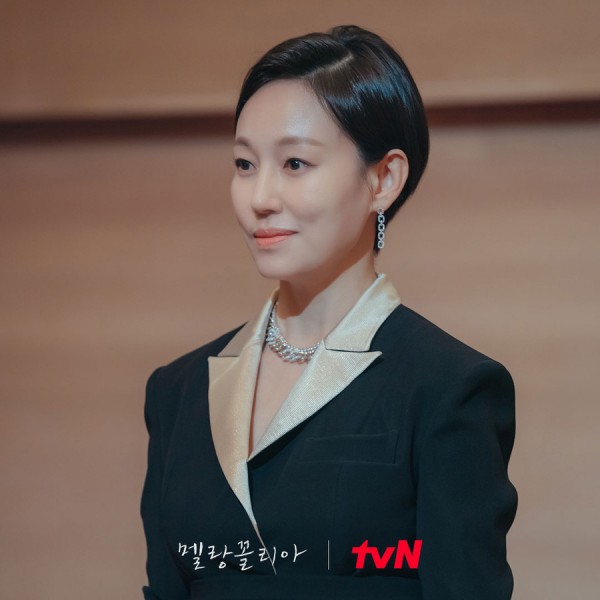 The "Melancholia" production team said, "Jin Kyung's acting skills will bring out spicy flavors of the character, and she will certainly give depth to the drama. Please give lots of love and support to "Melancholia.""

As of the moment, three tvN dramas are topping the charts in the television department.

Shin Min Ah and Kim Seon Ho's romantic comedy-drama "Hometown Cha-cha-cha" has been generating a lot of buzz since its premiere, and even topping the Global Netflix Charts, following another tvN hit-drama "Hospital Playlist 2".

"Hometown Cha-cha-cha" airs every Saturday and Sunday on tvN and Netflix. On then other hand, Cho Yeo Jeong, Kim Ji Soo, and Ha Jun's "High Class" also receives positive feedback from the public.

The thriller mystery suspense drama maintains its steady ratings. It airs every Monday and Tuesday on tvN and iQIYI.

It also gains popularity from all over the world. The drama nows enter the second half of its story, and its airs every Friday and Saturday on tvN and TVING.
Follow KDramaStars for more KMovie, KDrama, and celebrity updates!