Been wanting to watch vampire K-dramas but don't have any idea what to watch first? This list of series to watch must be added to your watchlist and it could be an advance Halloween binge this coming weekend!

If you are already tired of watching rom-com series and want to try out new genres, trying these vampire-themed ones will be a good idea.

A fantasy medical drama that depicts the story of a vampire doctor who faces a battle between good and evil. The "Cinderella and Four Knights" star Ahn Jae Hyun played doctor Pak Ji Sang, he lives on blood packs due to the promise he made that he will not let his thirst get in the way to sacrifice his mission of saving the patients lives in one of the best cancer research hospitals in South Korea. But during his journey as a vampire doctor, he meets Yoo Ri Ta (Goo Hye Sun) and falls in love with her.

"D.P." star Jung Hae In and "Undercover" star Ji Jin Hee are also part of the cast. This will be a good watch if you love medical and fantasy genres.

Years where K-Dramas were still starting to get bigger. This 2012 vampire sit-com series is definitely a must-watch. Korean heartthrobs Kim Woo Bin, Lee Soo Hyuk, and Hong Jong Hyun collaborated in this project.

It tells the story of a vampire prince who came from a Vampire planet who visits Earth along with his three handsome and loyal servants to see the live performance of his favorite K-Pop idol. The vampire prince decided to join the K-Pop competition and dragged his three servants with him and ended up becoming a K-Pop boy group called Vampire Voice.

This 2016 series tells the story of a private detective Yoon San played by Lee Joon. He suddenly became a vampire and acquired a special ability which he uses to help his clients solve their intriguing cases. 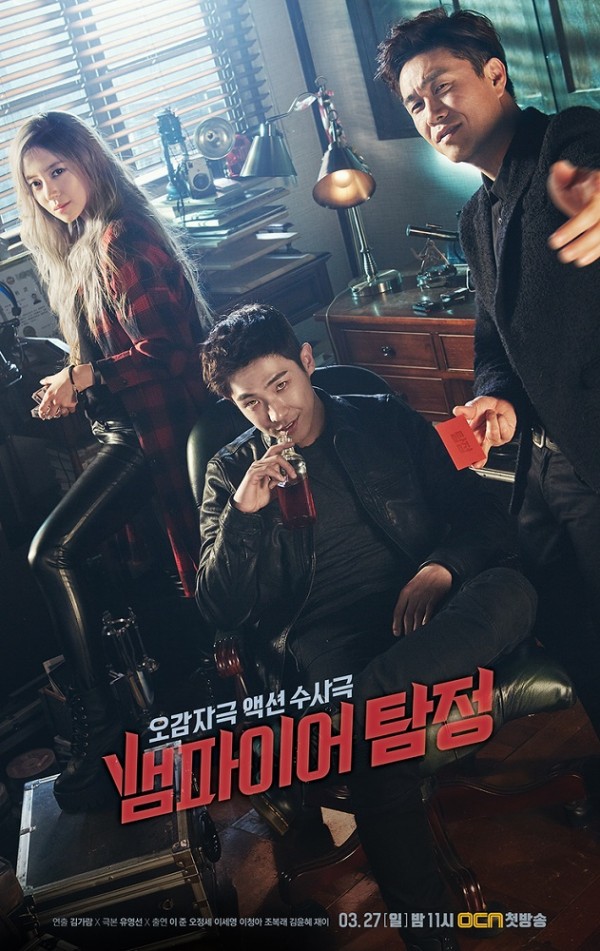 'The Scholar Who Walks The Night'

Last but definitely not least, MBC's fantasy-romance series "The Scholar Who Walks The Night" starring Lee Joon Gi, Lee Yoo Bi, Lee Soo Hyuk, and Kim So Eun illustrates the journey of a vampire that disguised as one of the king's court scholars.

Lee Joon Gi played the role of a vampire as Kim Sung Yeol. He visits the library at night and meets Jo Yang Sun, a daughter from a noble family who dresses up like a man to sell books, and their unexpected love story starts to unfold.

IN CASE YOU MISSED IT: 5 Slice of Life K-Dramas to Binge-Watch Right Now

Which among these old but gold vampire-themed K-Dramas are you excited to watch? Share it with us and you can also give other recommendations in the comments!