GFriend Yerin and CIX Younghee, who will lead the upcoming drama series, decorated the atmosphere with great synergy and lovely visuals. 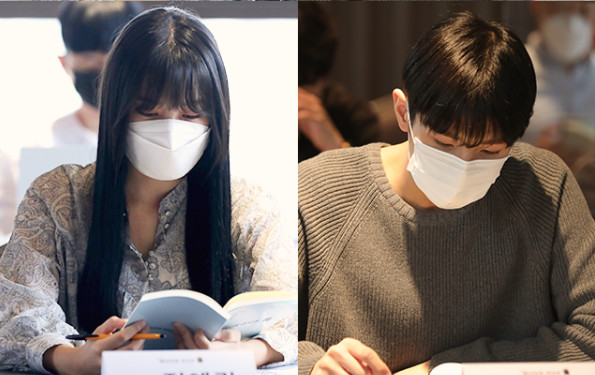 Yerin and Younghee, as well as the rest of the main cast displayed great synergy that will surely hook the drama's potential viewers.

GFriend Yerin instantaneously immersed herself in her new role as Lee Hae Na, a cold and ruthless black witch who runs a magical witch shop.

In the first script reading, she showed her stable acting skills. Many were shocked and refused to believe that it was her first lead role as she perfectly synchronized with the girl crush black witch through utilizing her unique and confident personality.

IN CASE YOU MISSED IT: Former GFriend Yerin Reveals Difference Between Being a Singer and Actress + Shares Thoughts on CIX Younghee

Opposite Younghee who takes on the role of Han Ji Ho, who boasts his diverse acting spectrum as a part-time worker at the witch shop.

Younghee raises expectations on his new acting role, as well as his refreshing and romantic chemistry with co-star Yerin. 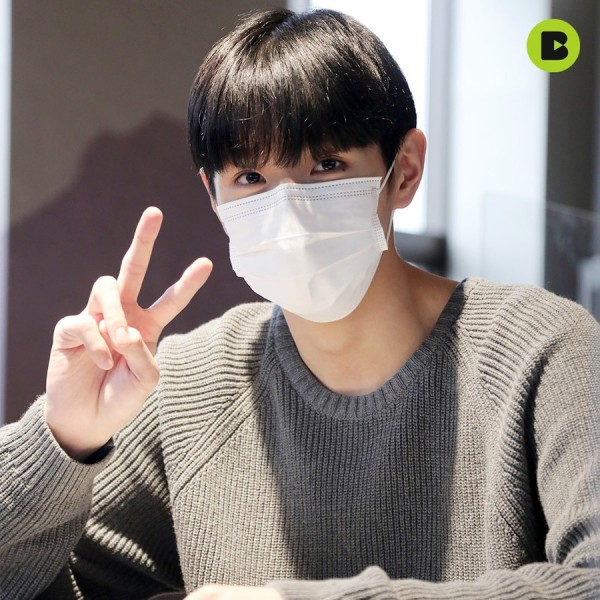 On the other hand, Kwon Ah Reum plays the role of the high school student Yoo Eun Ha, who works at the sidelines as an influencer. She showed promising acting skills as she boasts beautiful visuals as a model for a brand that enters the witch shop.

Seo Jun plays the role of Woo Sang Ha, the president of the student council. He shows off his stunning presence as he transforms into a perfect man who has everything including a beautiful face, brain, and power.

Finally, Kim Ye Rim takes on the role of Yeo Woo Ri, a designer for a brand that enters the witch shop.

Despite being a high school student, she creates and runs her own clothing and fashion brand. She shows her cynical yet refreshing acting, which heightens expectations.

In addition to that, Yoo Dong Guk, Lee Su Chan, and Kim Geun Muk also displayed their perfect synchronization as a part of the cast. The first script reading wrapped up successfully as the cast perfectly exchanged lines with each other, highlighting their characters' charms.

The forthcoming fantasy romance comedy series The Witch Shop: Reopen follows the contrasting story of a quiet and timid young man Ji Ho, who meets the interesting black witch Hae Na, who is struggling to keep her witch shop in business.

It is a spin-off drama of the successful web series Welcome to the Witch Shop, which surpassed 10 million views and received great feedback from the public.

The Witch Shop: Reopen is slated to air for the first time in December through the official Bamboo Network YouTube channel B-PLAY.

YOU MIGHT ALSO LIKE: Former IOI Nayoung and SF9 Zuho Draw Attention With Their Chemistry in 'Heartbeat Broadcast Accident' Trailer