Lee Se Young and Lee Junho, who star in "The Red Sleeve Cuff," took on the TikTok challenge and enticed viewers with their combined goofiness.

Online streaming platform Viki released different TikTok videos of Lee Junho and Lee Se Young as part of the promotional activities of their ongoing drama "The Red Sleeve Cuff." As they officially began their tandem, the production team has a lot of content to release displaying the cast's chemistry.

"The Red Sleeve Cuff" actors Lee Junho and Lee Se Young accepted the famous question and answer challenge on TikTok English Slang Quiz that many of the celebrities have already taken on. 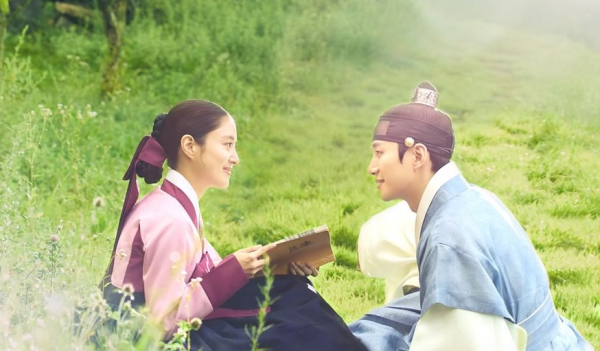 Lee Se Young and Lee Junho couldn't contain their excitement to do the game and even jumped several times while laughing and looking at each other.

Fans enjoyed watching the two who seemed to be having a great time with each other.

In the next video, they invited the international audience to tune in on Viki to watch the weekly episodes of their new drama. Though it was just a short clip, fans were amazed by Lee Se Young and Lee Junho's chemistry. Viewers said they looked comfortable with each other, which obviously results to their great synergy.

2PM's Lee Junho, Lee Se Young, Jang Hye Jin, and Oh Dae Hwan were present during the live Twitter question and answer portion. The cast members were asked about their experiences of working together for the first time in "The Red Sleeve Cuff."

It is expected that there will be more contents to be published soon. In the behind-the-scenes videos of the drama, the cast members were seen having fun on the set, as well as the staff who enjoyed the harmonious ambiance the stars continue to spread while filming.

IN CASE YOU MISSED IT: 3 Funny Moments Between Lee Junho and Lee Se Young in 'The Red Sleeve Cuff' That Prove Their Amazing Chemistry

What can you say about Lee Junho and Lee Se Young's TikTok videos? Share your comments with us!