Park Na Rae's camp speaks out towards the investigation amid the comedienne's sexual harassment issue.

A new report cited that police are now investigating the popular host's controversy after being criticized over her inappropriate behavior in "Hey Narae."

This move by the Seoul Gangbuk Police Department will determine if the 35-year-old TV personality has committed a violation or not.

Park Na Rae Willing to "Cooperate" in the Investigation 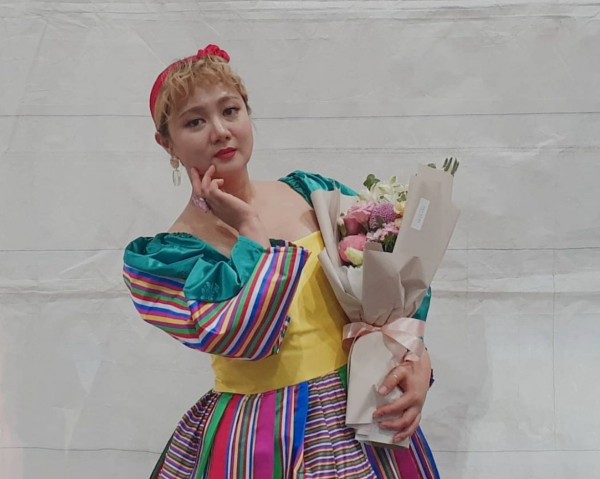 Following this, Park Na Rae's team shared that they are "aware" that the police have initiated a probe to look into Park Na Rae's controversy.

At the same time, the camp also addressed the situation and said that they are willing to cooperate with the said investigation.

"I will be sincere when I receive a request for a police investigation," a representative from her YouTube channel "Haynarae" mentioned.

IN CASE YOU MISSED IT: Variety Star Brand Reputation Rankings for March Released

As police intervened in Park Na Rae's controversy, this sparked mixed emotions from fans and viewers.

Over Twitter, an individual pointed out that the "Gamsung Camping" mainstay "doesn't deserve" this kind of treatment.

Comedian Park Narae (36), who has been investigated by the police due to the controversy of s*xual harassment said, "I will be faithfully comply to the investigation."

The same goes with a netizen who finds it odd that the comedienne is being investigated for a joke that she said in one episode of "Hey Narae."

this has to be a joke.... #parknarae is getting investigated for a joke... wowhttps://t.co/ah4FhZI176

On the other hand, one person expressed a different stance and stressed that they are important "issues" that the police should be investigating on.

South Koreans are also finding it weird why the police are investigating
Park Na rae's issue on her youtube show when there are a lot issues that they should be investigating. #ParkNarae #박나래

Back in March, the "A Good Day To Go To Market" host was in hot waters after facing a ton of backlash for saying inappropriate jokes and actions on "Studio Waffle's" Youtube show "Hey Nare."

The web reality show was hosted by Park Na Rae and Youtube star Kang Hye Jin, who is also a host of a children's channel.

During its second episode, the duo was tasked to review a male doll. Known for her tongue-in-cheek remark, the 35-year-old comedian dropped a series of adult jokes and said, "Do I need to spread my legs to sit?"

However, her explicit comments did not stop there and even made sexual gestures that made the viewers uncomfortable.

It appears that the popular comedienne goes over the line by touching the doll's private parts and mentioned, "Oh, I thought this doll had that part too."

Shortly after, the Baeksang Arts winner went viral as netizens castigate her behavior which the viewer finds unsuitable.This led her to address the situation and apologize for her actions.

"It was my responsibility to be thorough with the appearance, performance, and props on the show, but I let so many people down with my unprofessional action," she mentioned, adding that she will be more careful and "put more thoughts into every word and action."