Let's get to know more about the Wooga Squad members below!

On June 15, it has been reported that "Itaewon Class" actor Park Seo Joon is in discussions to join Hollywood actress Brie Larson in the forthcoming American movie "Captain Marvel 2."

His agency hasn't commented on the news, but as the report circulated on the web, fans became ecstatic, knowing the possibilities to see the Korean star conquering the Hollywood scene.

In addition, the 32-year-old Korean heartthrob has been doing various brand advertisements and will be featured in W Korea's July 2021 edition.

After the mega-success of his movie "Parasite," Choi Woo Shik's fame escalated, is now one of the most promising actors in South Korea.

This 2021, he will celebrate a new milestone in his career - he will commemorate his 10th anniversary in the industry. 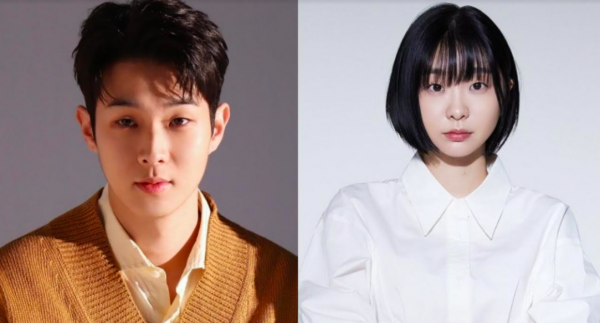 It's not just that, because the "Rooftop Prince" star is also preparing for his return on the small screen with "Us That Year," alongside "Itaewon Class" actress Kim Da Mi. This marks his first romance drama since 2017.

The ZE:A member and "Strong Woman Do Bong Soon" actor Park Hyung Sik has been reported to make his drama comeback with "Happiness," an apocalypse series where he will be working alongside prominent actress Han Hyo Joo.

The singer-actor is also in talks to lead the upcoming historical-romance drama "The Golden Hairpin." In fact, Jeon So Nee might be his new leading lady.

If Park Hyung Sik accepts "The Golden Hairpin" role, he indeed will have a busy month doing two Korean dramas in 2021.

ALSO READ: Jeon So Nee in Talks to Join Park Hyung Sik in 'The Golden Hairpin'

Singer and composer Peakboy is also dominating the music industry.

Recently, he released new songs, in which he shared on his official Instagram account. Aside from performing various and self-composed songs, Peakboy is also displaying his fashionista side as he appeared in some of the famous fashion magazines in Korea.

Peakboy also produces and shares some of his covers on his official YouTube channel.

Kim Taehyung, popularly known as V, with his supergroup BTS has been consistent in breaking records left and right.

The septet had just finished their successful two-day concert in celebration of their 8th anniversary. With over a million of fans from all over the world, BTS continues to soar greater heights.

The Wooga Squad members are obviously pursuing careers in separate fields, and they all excel in their own craft. With the continuous support of one another, Park Seo Joon, Choi Woo Sik, Park Hyung Sik, Peakboy, and BTS V remain tight-knit no matter how different their respective paths are.

Are you a fan of all the Wooga Squad members? Share your thoughts with us in the comments!