In a statement, the "Vincenzo" actor's agency confirmed that the South Korean superstar has completed self-quarantine and is now set to return to filming.

To recall, the upcoming crime thriller movie has postponed its filming for the second time after the 35-year-old A-lister came in close contact with someone who tested positive from COVID-19.

Following the shocking news, the "Descendants of the Sun" star canceled all his engagements and got tested for the virus.

Fortunately, the results came out negative but was advised to undergo self-isolation as a preventive measure.

"Song tested negative, but since he had come into direct contact with the person who had tested positive, Song was placed in self-quarantine," History D&C shared.

Moreover, Song Joong Ki's agency asked the public for "understanding for causing concern to many people," adding that the management will do their best to adhere to health and safety protocols as well as the "guidelines from the disease prevention authorities."

This is not the first time that the production of "Bogotá: City of the Lost" was suspended.

Prior to the spike of COVID-19 cases worldwide, the team started shooting the highly anticipated film back in January 2020 in Columbia.

Unfortunately, after completing 40 percent of the movie, the production was halted due to the health crisis.

This prompted the "Bogota" cast and crew members to return to South Korea in March of the same year.

After a series of reorganization of plans, the team has decided to shoot the remaining scenes in South Korea and officially resumes filming in June 2021.

READ MORE: Song Joong Ki Shares Thoughts on Failures and Jealousy + Admits He Used to Compare Himself to Others

Song Joong Ki Movie Bogota: What We Know So Far

Despite several delays due to unforeseeable circumstances, there's no doubt that the upcoming K-movie is one much-awaited project of the A-lister.

Moreover, "Bogota" also drew interest from the public because of its star-studded cast.

Aside from Song Joong Ki, the crime thriller movie stars Lee Hee Joon, who has been creating buzz due to his performance in K-drama "Mouse."

Interestingly, she also appeared in Netflix's "Frontera Verde" and "All For Love."

Not only did the forthcoming film boast its powerhouse cast, but "Bogota" is also led by the award-winning director and screenwriter Kim Sung Je, whose famous works include "Minority Opinion," or internationally known as "The Unfair." 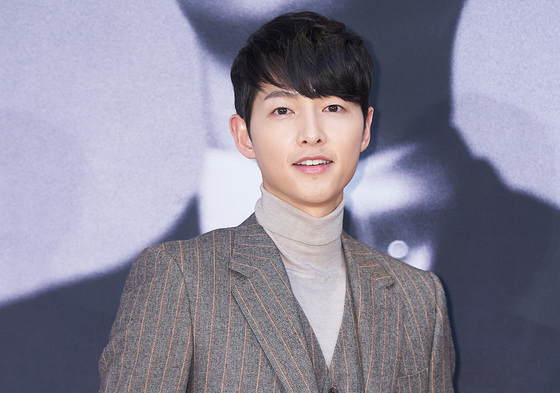 Apart from the highly anticipated film, Song Joong Ki is set to appear in several dramas slated to premiere this 2022.

The South Korean heartthrob is in talks to lead the new webtoon-based K-drama "The Youngest Son of a Conglomerate" opposite "Hospital Playlist 2" actress Shin Hyun Bin.

He is also set to reprise his role in the new season of "Arthdal Chronicles."